Cassondra Durden June 20, 2022 Vegetable farms Comments Off on Laura Ann Farms will have its last harvest in July 1 Views

In 1973, Laura Ann Cuomo and her brother Anthony, young entrepreneurs, opened a fruit and vegetable stand in the Federal Plaza parking lot on County Rd., Route 17 in Monroe. They later moved across the street to what became known as Laura Ann Farms. A small van was stocked with fruits and vegetables seven days a week. They developed a reputation for caring – helping families choose the right pumpkin for Halloween or the right flowers for a special occasion.

Within five years, the roadside fruit stand grew and the Cuomos purchased land for greenhouses, flower design and a farm at Anthony’s, where they grew much of the produce. The Cuomos are a close family who worked hard for decades, and their children eventually joined them in developing the garden center.

As they grew their business and family, becoming Laura Ann Farms, Garden Center & Greenhouse, they also ventured into community improvements, donating plants for storefronts, lampposts, plazas and even toll booths. Laura Ann’s Garden Center has become a community staple, but will close at the end of July with their retirement, after 49 years. Laura, Anthony and Doreen Cuomo are moving to Florida, they said.

As they go their separate ways, they leave the Village of Monroe a $5,000 donation for fireworks. “We’re going out with a bang!” said Laura and Anthony.

Previous What is the best non-dairy milk for you? Here’s how to choose and use them.
Next Global Low Temperature Storage Tank Market Competitive Outlook and Growth Outlook 2022-2029 Air Water Plant & Engineering, Ishii Iron Works, Usha Projects 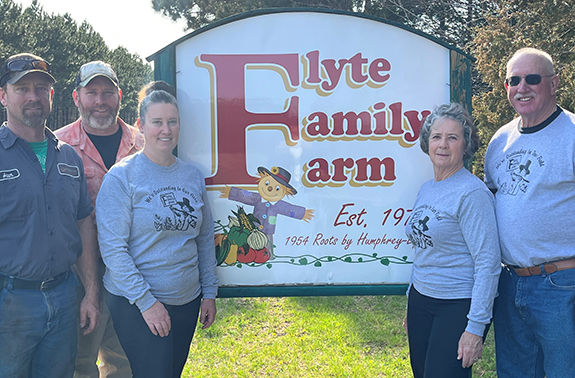